Tehran commands an expanded system of water channels all over the city. Most of them ran dry by the time we arrived, but some lead water all year long. Even a few are quite powerful. Roaming our neighbourhood I fortunately found one of them at a street called nirumand, which actually means powerful on farsi. That‘s the origin of my sound object.

Inspired by these small water channels next to the streets, I felt the urge to connect with this, human made but as well natural, energy source.

During my working process it turned out that I want to use a paddle wheel to collect the energy of the water. After a bit of thinking and imagining some ideas, I found some interesting materials during my [re]search on bazaars. I decided to take these big cheap metal tablets, which are very common here, and use them as a kind of chime. To play them, I want to build an automatically and analogue object. So basically, the artwork is an self playing instrument, which is constructed in the following manner. 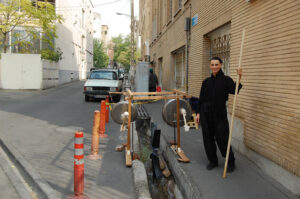 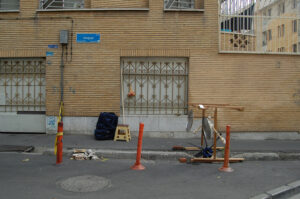 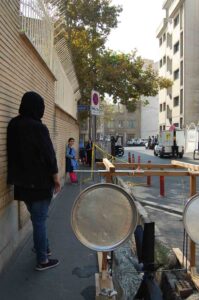 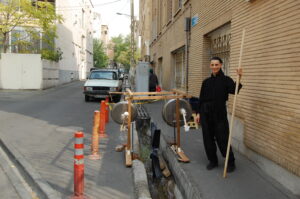 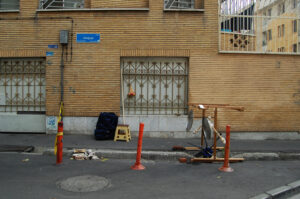 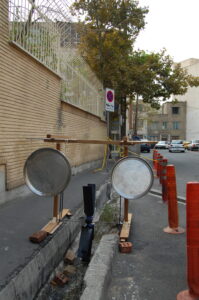 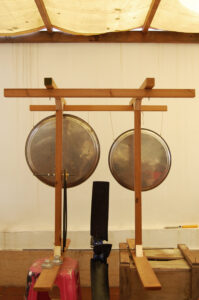 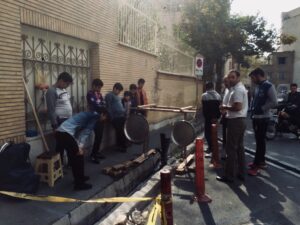