„Original Sound Instrument“ was a joint project
divided in two parts.
The first part contains the creation of an analogue
instrument, the second part was the
concept and the realization of a performance.
The first part starts with collecting stuff and materials, the next step was to discover the
acoustic potential of them and create an instrument.
The second part was to practice this Instrument
and create a concept with all participants,
with the focus on rehearses.
For the performance, we wrote a score and
finally present it at the open house day to the
audience. 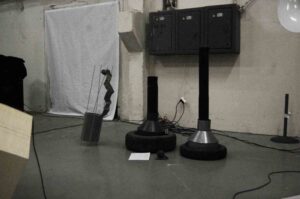 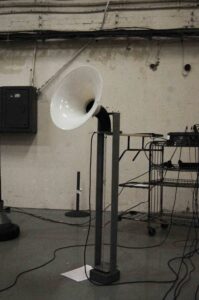 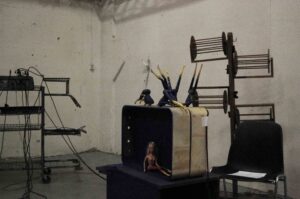 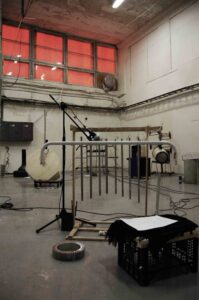